Mehndi is a type of body art that is quite popular among women in India, Bangladesh, Pakistan and other South Asian countries. Whether you are a bride-to-be or a mehndi designer, you are constantly looking for the trendiest and easiest mehndi designs that would look awesome on your hands, fingers, or even the foot.

Mehndi designs are very popular among women as mehndi truly redefines your palms, arms and hands, wherever you intend to apply it. On the other hand, Mehndi is not so popular among boys. But recently, mehndi has become a choice for boys and men as well. Whether you are a groom-to-be or just want to look unique on an occasion, with changing times certain mehndi designs for men have become quite popular.

#1 The easiest mehndi design for boys

The chocolate brown colors on your hands would look terrific especially if your complexion is on the fair side. This design is extremely simple and looks fascinating when done on the palms. A combination of floral motifs along with symmetrical circular patterns and lines will definitely make you look very ethnic and right on the point. Mehndi designs consisting of floral patterns always are easy to draw on a man’s hand but look very complex.

Whether you are a groom or someone who’s about to attend a wedding, this mehndi design will definitely suit you. This mehndi design for boys goes well with ethnic wear. Drawn on the hands, a combination of swirls and floral patterns looks extremely classy. Top this mehndi design with a ring on one finger. It doesn’t only feel classy but looks classy as well.

The King Queen mehndi design for boys is quite popular and trendy. In fact, this was the first mehndi design for men that became very popular in the 2020s. A structure of a king and a queen is made either on both palms or on a single palm. The design is further modified with swirls and floral patterns which makes it look bright. This design generally signifies the love of the groom for his to-be wife.

#4 The Arabic Mehndi design for boys

This mehndi design is inspired by Arabian designs and hence gets its name. The design includes free-flowing patterns with paisleys, motifs and leaves to enhance the design. This design looks exclusively looks brilliant when done in the hands of a man. The tips of the fingers are darkened to further enhance the mehndi design. You actually don’t need an occasion to make this mehndi design on your hands. It goes well with casual wear as well as ethnic wear.

Well, well, well, here comes the most famous, mandala mehndi design. It’s already the most popular mehndi design when it comes to mehndi design for women. But as you can clearly see in this photo, it looks incredibly majestic when done on the arms of a man. Sometimes this mandala henna design is done on the palm of a groom. It generally signifies peace and balance in our lives. Geometric shapes accompanied by leaves and patterns are the core of this stunning mehndi design.

This minimalistic mehndi design where the groom generally writes the initial of his would-be bride is the most popular one on this list. Simple yet classy, a small letter accompanied by swirls would not only make your partner happy but also is believed to portray affection. This design is not only limited to would-be brides or grooms but also can be done by couples who want to portray their love for each other.

#7 The mehndi design with a religious touch

Looks classy, Isn’t it? This mehndi design for boys has a religious touch to it while maintaining the design. A figure of Lord Ganesha or Shiva or any other gods is drawn at the center and floral patterns are then accompanied by it. This mehndi design for boys is great for auspicious religious occasions like Ganesh Chaturthi, Diwali and Shivaratri.

Want a very simple yet classy mehndi design for yourself? Here is your best choice. Just use geometric patterns with symmetrical floral patterns on your hand and your design is ready in no time. Further detailing on the fingers would enhance the design. It looks like a tattoo after the design is finished but isn’t one.

#9 The circular mehndi design for boys

This mehndi design looks masculine and mysterious at the same time. Suited for men and boys, the base of this henna design is a circle. Motifs, patterns and floral swirls are made all along the circle in the middle of your hand or palm. If you are a guy who loves a suspicious type of design you would definitely love it.

Who doesn’t love floral swirls and tangles? This henna design stands out to be unique because the design doesn’t necessarily end in the hands, rather it continues to the fingers. This is a very simple and easy mehndi design that is loved by both boys and girls. Concentrate more on the finishing part to make the design absolutely stand out.

#12 The classic mehndi design for boys

This mehndi design for boys may look overdone at first look but when observed correctly the perfection of the mehndi design would leave everyone in awe. Clean straight strokes on the fingers along with geometric shapes in the palm make this design look simply mesmerizing. Moreover, the design is based on dark shading which makes it perfect for men. Want a classy mehndi design? Go for it with your eyes closed.

#13 The African mehndi design for men

African mehndi designs for boys generally include a combination of geometric shapes and compact designs. A sense of mythology and ancient religion can be easily felt in these designs. Quite unique yet simple, this mehndi design is for boys who want to try out a very “hatke” type of design.

Remember Ranbir Kapoor‘s mehndi design in the “Channa mereya” song? Well, everyone does as it was the most celebrated breakup anthem of that year. The mehndi design in this song looks absolutely stunning and suits the ethnic style wear portrayed in the music video. The design although seems complicated is very easy to make. The perfect combination of floral patterns, motifs and dark shading will easily help you to achieve this mehndi design.

This henna design for men gets its name because of its asymmetrical patterns. The inclusion of geometric shapes along with proper dark shading at the tip of the fingers will help you to achieve this mehndi design. This mehndi design is very popular in Pakistan and seems to carry a classic touch all along its design.

Want a tattoo on your wrist or hand? But afraid of it being permanent? Then this mehndi design is what you should opt for especially during occasions. This henna design for men looks very similar to a tattoo because of its similar representation. Symmetrical lines along with geometric shapes look fabulous on a man’s wrist. This is why this mehndi design is so popular.

Not everyone likes a vinal or leafy mehndi design on their hands. But men who do, are obsessed with it. Symmetrical and Asymmetrical vines connected with each other and extending to the fingers are the core model behind this design. This design actually provides you with a manly and masculine look.

18. The perfect mehndi design for grooms

This mehndi design is for men who don’t want to flaunt their mehndi design. Rather they want to keep it to themselves. An example of a mehndi design on the foot of a man is shown in this picture. A combination of geometric shapes and floral swirls works really great on the legs and feet. It is recommended to draw the mehndi design on both legs or feet. This makes your design seem complete and on point.

Well, this mehndi design is quite uncommon as men generally love to tattoo their neck and chest instead of applying henna design. This is for boys who can’t allow a permanent tattoo on their neck or chest. This mehndi design is a widespread design as it requires a lot of space. It can be done on the chest or on the neck. Asymmetrical huge floral swirls are patterns are drawn from one end of the chest to another.

Mehndi designs on the back are quite rare in India at least. Men love to do a tattoo on their back instead of a mehndi design as tattoo designs are permanent. But again if someone wants to see how a design looks like when done on their back, they should definitely use a mehndi first and check how it looks like.

Well, this is a man’s favorite spot when it comes to applying mehndi. Men always love it short and sweet. This design is quite minimalistic and requires very less effort as well. Ring-like patterns, bunched together with shapes and swirls are enough to achieve this design. You can either do it on one of your fingers or all of them. It doesn’t matter as long as it looks classy.

A mehndi design on the wrist looks extremely classy and masculine. The design is generally round covering the entire wrist so that it looks like a band in structure. You can either use floral patterns or vines to connect the swirls. Very easy to make and looks absolutely stunning.

A man loves to flaunt his biceps and shoulders. A mehndi design on their bicep or shoulder makes them look distinctively unique. Generally, a roundish mehndi design is preferred on the shoulders. In this picture, the sun has been portrayed with floral designs which makes it look really unique in design.

So these are the best and latest mehndi designs for boys. I hope this article helps you in whatever you are trying to achieve. Do not forget to comment down the design you like the most.

Foods that will make you taste sweeter 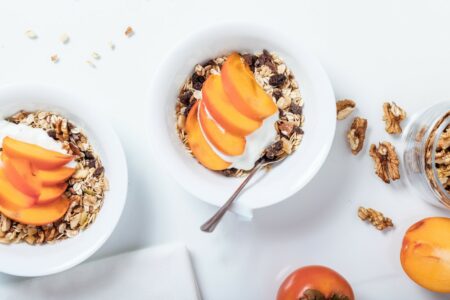 Here are some famous fruit yogurt recipes for weight loss